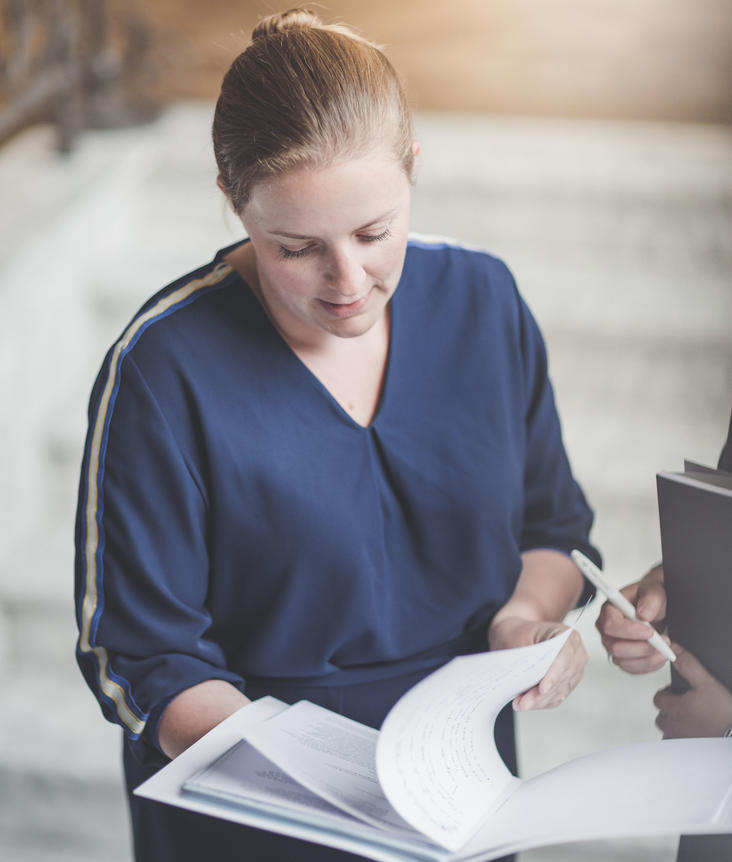 Meryl Bauwens obtained a degree in hospitality & public relations at the Provincial Institute of Commerce and Languages in Ghent. She subsequently worked for a law firm in Ghent and later in Oudenaarde. In 2011, Meryl joined the team of Crivits & Persyn. In 2013 she obtained a degree in legal practice by taking evening classes.

Meryl’s duties include assisting the bankruptcy trustees with the practical and administrative settlement of bankruptcies.